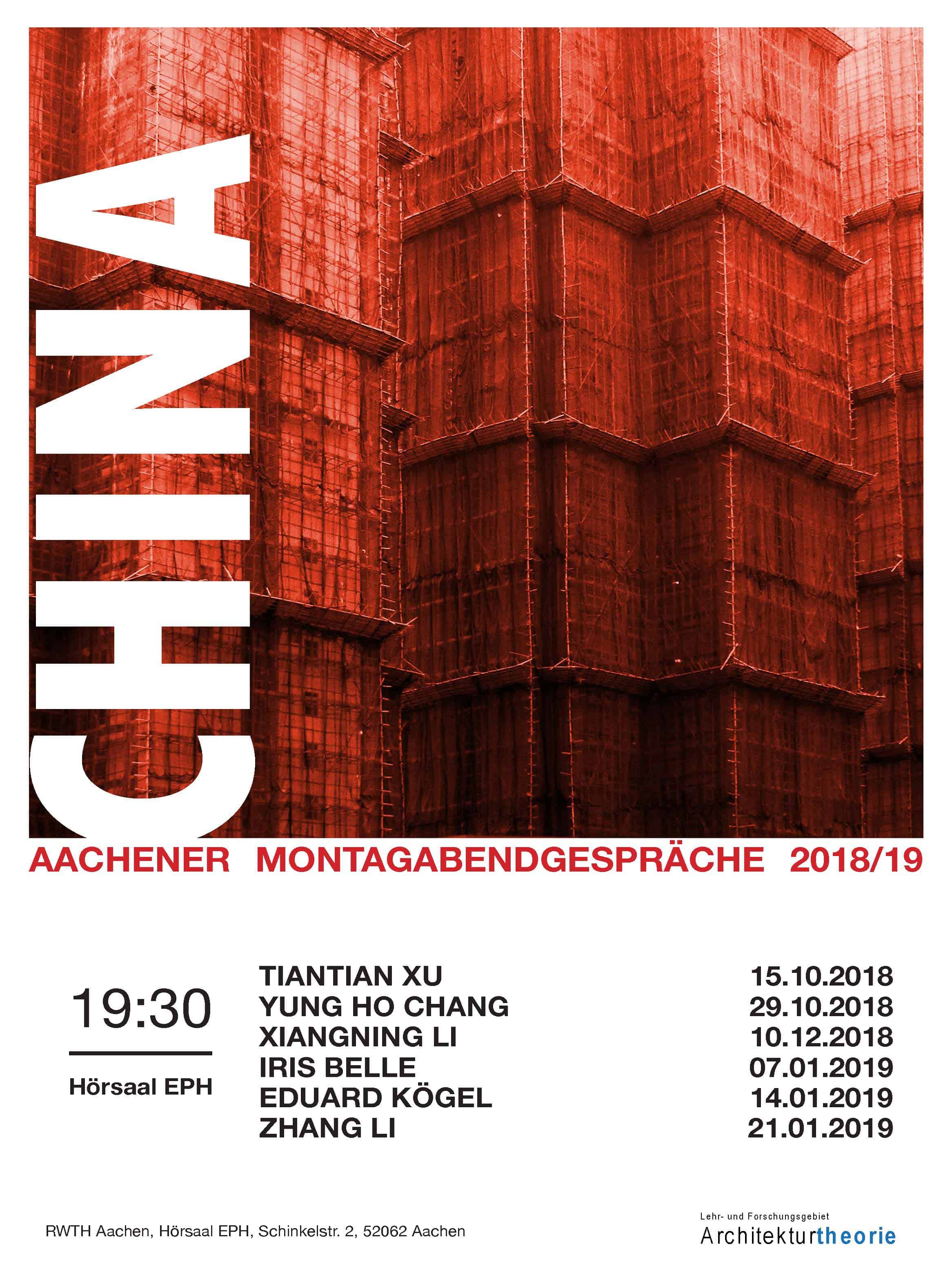 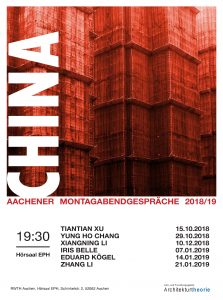 Tiantian Xu is founding principal of DnA_Design and Architecture Beijing Office. She received her master of Architecture in Urban Design from Harvard Graduate School of Design, and her baccalaureate in architecture from Tsinghua University in Beijing. Prior to establishing DnA Beijing, she worked at a number of design firms in the United States and the Netherlands. She has received 2006 WA China Architecture Award and 2008 Young Architects Award from The Architectural League New York. Her focus is the reactivation and development of rural areas in China. Earlier in this year, a selection of her projects were exhibited at the gallery Aedes in Berlin under the title „RURAL MOVES – THE SONGYANG STORY“. As part of the Chinese Pavilion, her projects are presented at the Venice Biennale in 2018.

Yung Ho Chang born in 1956, is the Principal Architect of Atelier FCJZ and the Head of Architecture Department at MIT. Prior to his MIT position, he was the founding Head and still is a Professor of the Peking University Graduate Center of Architecture.
He studied at the Nanjing Institute of Technology (now Southeast University) before moving to the US. He received Master of Architecture degree from the University of California at Berkeley in 1984, became a licensed architect in the U.S. in 1989, has been practicing in China since 1992, and established Atelier Feichang Jianzhu (FCJZ) in 1993.
Often combining his research activities with design commissions, he focuses on the city, materiality, and tradition.

Engaged in the field of history, theory and criticism of architecture, LI Xiangning is a member of CICA (Comité International des Critiques d’Architecture), and has published widely on contemporary Chinese architecture and urbanism in international architectural magazines including Architectural Review, A+U, Architectural Record, Arquitectura Viva, Space, Domus, and Volume.
Besides being a professor at Tongji University, LI Xiangning was a visiting scholar at MIT and a Visiting Professor at Harvard GSD. He was curator of numerous exhibitions in China and has been working with international museums and institutes, including Milan Triennale and Goethe Institute, curating exhibitions on Chinese architecture. Most recently, he curated the Chinese Pavilion at the Venice Biennale in 2018. He has been a jury member to many international awards and competitions including Spanish International Architectural Award, Holcim Award for Sustainable Construction, and Mies van der Rohe Award the European Union Prize for Contemporary Architecture.

Currently teaching at the college of Architecture and Urban Planning at Tongji University as Assistant Professor, Iris Belle holds a Ph.D. in Geography from Heidelberg University, a Diploma in Architecture from the Karlsruhe Institute of Technology and a certificate in Chinese language from Beijing Normal University.
In the past, Iris Belle was a Post Doc researcher and module coordinator at the Future Cities Lab of the Singapore ETH Centre and the Institute for Historic Building Research and Conservation at ETH Zurich. She also worked as architectural and urban designer at AREP Beijing and gmp-Architekten Beijing. As a consultant, she has conceptualized conferences and workshops on urban transformation and architecture for the DAAD and the Beijing Institute of Architectural Design.
Her research interests include the effects of urban governance on sustainable development, the long-term transformation of the building stock in relation to cultural capital and natural resources and design and construction quality. Currently, Iris Belle researchers the effects of digitalization on innovation in the construction sector.

Dr. Eduard Kögel studied Architecture, Urban planning and landscape Planning at the University of Kassel between 1988 and 1995. Between 1999 and 2011 he was member of board from stadtkultur international in Berlin; between 1999 and 2004, he was research assistant for the chair of planning and building in non-European regions at the Technical University of Darmstadt. Beside teaching commission at the TU Darmstadt and TU Berlin, he is a regular contributor for magazines like Bauwelt, archithese, Archis, Garten+Landschaft and Topos and guest editor of special issues for Arch+, Bauwelt and World Architecture. He has numerous publications on architects and architecture in China, and organised various exhibitions on chinese architects with the galery Aedes through the years.

Zhang Li, born in 1970, is Professor of Architecture and Chair of the Architecture Department in the School of Architecture, Tsinghua University, China. He leads the design practice Atelier TeamMinus in Beijing. He is currently a board member of the Architectural Society of China and the Editor-in-Chief of the leading Chinese magazine World Architecture.
Zhang Li’s research focuses on pre-industrial oriental philosophy and its contemporary reinterpretation. Besides his teaching in China, he has been the Professor of Practice (2012) in Syracuse University and the Visiting Critic (2010) in National University of Singapore. He has also taught joint-studio projects in a number of institutions, including: GSD, Harvard; Barcelona School of Architecture, UPC; Berlage Institute; Polytechnic University of Turin.
In recent years, Zhang Li and TeamMinus have completed a variety of buildings and urban renewal projects in China, and have been published internationally and have won multiple awards. Zhang Li has been a keynote speaker or guest panelist at different international events. He moderated the Tsinghua Session in the 2012 Pritzker Beijing Architecture Forum.